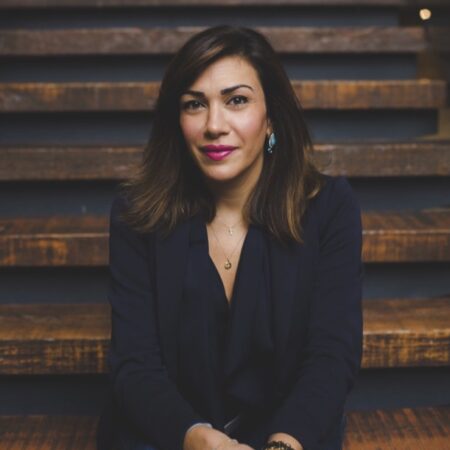 An entrepreneur and innovator on a mission to promote gender equity and digital literacy, Janelle Chalouhi is committed to empowering women to advance in the next-generation wealth economy. Chalouhi is the CEO and Founder of Venusverse, Canada’s first female-founded, female-focused educational program, incubator and NFT collection, with the goal of closing the gender gap and removing barriers to entry for women in the Web3 domain. Through educational and networking sessions, a Web3b incubator platform, and their own collection of NFTs, Chalouhi believes that Venusverse will provide women with valuable insights and opportunities to participate in the emerging digital economy with confidence. Prior to launching Venusverse in early 2022, Chalouhi worked in fundraising and business development for archdioceses, universities, hospitals and non-profit organizations. She was the Director of Community Counseling Service (CCS) Fundraising, working with the archdiocese of Washington and Boston on fundraising campaigns. She also worked in senior management positions at Hofstra University, the Westchester Medical Center, Saint George Hospital University Medical Center, University of Balamand and the University of Waterloo. In these roles, Chalouhi was responsible for fostering strong relationships and partnerships that contributed to infrastructure upgrades, new programming, and other operational improvements. Chalouhi also served as the Vice President of Business Development at Communitech, a Waterloo-based innovation center helping companies start, grow, and succeed. In her role with Communitech, Chalouhi helped co-create and lead Canada’s first ever $1-million Leaders Prize, a competition that explored the use of artificial intelligence to identify “fake news” and limit the spread of misinformation across the globe. She has also been a big advocate for shining a light on the people and technologies that are making the world a better place which aligns with Communitech “Tech for Good” mandate which Chalouhi contributed to as a part of her role with the True North Conference.

This artist has their NFT for sale. Please read more about how to purchase NFTs on different platforms here.

We understand that this process may be overwhelming if you’re completely new to the NFT space, but that’s why we’re here to help guide you. Please sign up for an info session to learn more about NFTs.